Written by Jackel Enterprises on February 23, 2016. Posted in blog.

Paul Discoe, a friend and colleague, was an artist in residence at Yale University in 2014 and 2015. A master temple-builder trained in Japan, Paul worked with us to source the material he wanted. We supplied Paul with Red Elm salvaged from a park in Santa Clara, California for his project. Elm is a traditional material used in Japanese architecture.

The Happy and Bob Doran Tea Gate, dedicated in the Doran’s honor, is “a mixture of formal and informal [Buddhist Architecture].”(1) The gate in Zen Buddhist architecture is a symbolic marker to remind those who enter to come into the present moment. Paul was quoted describing his creation as a “gateless gate, a gate to nowhere except for everywhere.”(2) 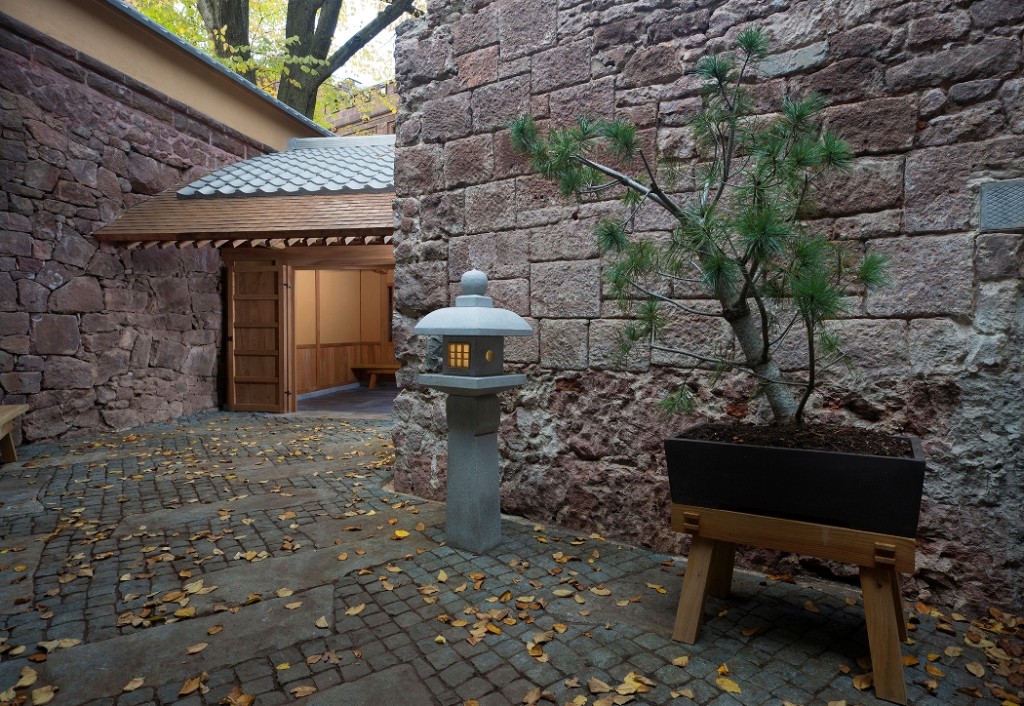 For more information or to visit the Happy and Bob Doran Tea Gate at the Yale University Art Gallery: